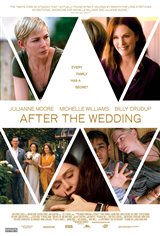 Isabel (Michelle Williams) helps run an orphanage in Kolkata, India but has scarce financial support. Just as funds begin to completely dry up, she gets a call from a potential benefactor named Theresa (Julianne Moore), who asks her to fly back to New York for a meeting.

Once Isabel arrives in New York and meets Theresa, she's frustrated to find that the woman is preoccupied by her daughter's upcoming marriage. However, Theresa invites her to the wedding, saying that they'll be able to get to know each other better. During the wedding, Isabel is shocked to discover that Theresa's husband is Oscar (Billy Crudup), a man with whom Isabel once had a relationship. Isabel immediately becomes suspicious of Theresa's motives.