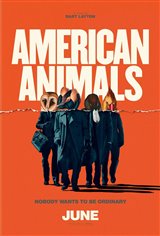 The unbelievable but true story of four young men, led by Spencer Reinhard (Barry Keoghan) and Warren Lipka (Evan Peters), who convince themselves that they can pull off a heist by robbing the library of Transylvania University in Lexington, Kentucky.