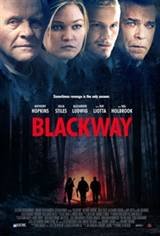 A suspenseful thriller set against the rugged backdrop of a Pacific Northwest logging community.

When a young woman, Lillian, returns to her hometown after the death of her mother, she unwittingly raises the interest and eventual ire of Blackway, a crazed ex-cop turned violent crime lord. Blackway's stalking and relentless harassment force Lillian to seek help from the faint-hearted local sheriff who advises her to leave town.

Undaunted, she forms an unlikely alliance with a retired logger, who is still grieving over the loss of his daughter, and carries his own secret vendetta against Blackway.