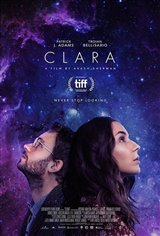 Following a personal tragedy, astronomer Isaac Bruno (Patrick J. Adams) becomes obsessed with being the first in his field to find signs of life beyond Earth. With so many stars in the cosmos to search, Isaac is reluctant, but forced to take on a research assistant. The only applicant is Clara (Troian Bellisario) and he hires her, despite her lack of experience and qualifications.

As Clara and Isaac work together to discover a nearby solar system with a planet almost identical to our own, a bond develops between them. Their own personal tragedies are revealed, each of which begins to explain why they find meaning in this search for life elsewhere. This connection leads to a shocking and profound scientific discovery.

Filmed in Toronto with a mostly Canadian cast and crew.