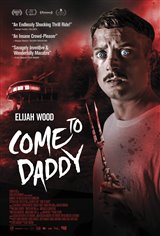 Norval Greenwood (Elijah Wood), a privileged man-child who has been living with his mother, receives an unexpected letter from his estranged father (Stephen McHattie), who invites him to come visit at his secluded and scenic waterfront home. Norval quickly discovers there is something off about his father and he gets an uneasy feeling. Instead of a warm family reunion with a dad whom he hasn't seen for years, he discovers the man has a shady past that's rushing to catch up with him.

Now, hundreds of miles from his cushy comfort zone, Norval finds himself in a waking nightmare as he battles with demons both real and perceived in order to reconnect with a father he barely knows.