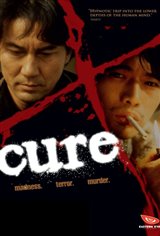 While investigating a number of similar murders in Tokyo, an inspector discovers they all lead to a number of people who have no recollection of the murder. Digging deeper, he finds a link between one of the murders and a young hypnotist called Mamiya.

Unfortunately, when the young man seems amnesic, the inspector is forced to enter a dangerous psychological game with the suspect.