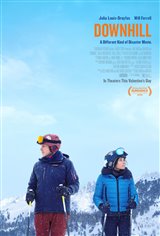 Married couple Pete (Will Ferrell) and Billie (Julia Louis-Dreyfus) are going through a rough patch. Pete's father passed away eight months earlier, so they decide to take their children on a skiing vacation in the Alps.

As they're in the lodge planning their day, an avalanche begins coming towards them. When the snow finally clears, Billie looks for Pete, but discovers that he ran off. She feels like he left her and the kids to die, even when he reasons that he was going to get his phone to call for help. The incident throws a wedge between the two as they are forced to reevaluate their lives and how they feel about each other.