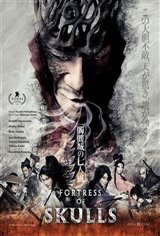 Early 1590, after the death of the ruler Oda Nobunaga, the Land was taken over by Toyotomi Hideyoshi. Far away from the capital in the Eastern Plain, a mysterious rebel by the name of Tenmao was gathering momentum for a civil war with its Skull Corps.

A girl named Sagiri is found alone in the fields, and is chased and cornered by the Skull Corps. In vain, she tries to fight them off, but is saved by a bunch of rowdies and a passing vagabond named Sutenosuke. Wounded from the attack, Sagiri is taken to a nearby brothel town Mukai village.