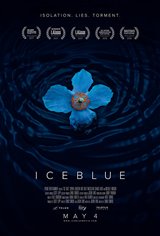 Although she loves her devoted father John (Billy MacLellan, MAUDIE) and their life together on an isolated farm, she can't help but wonder what happened to Maria (Michelle Morgan, HEARTLAND), her mother who abandoned them 10 years prior. When Maria unexpectedly returns, everything that John told Arielle about their family comes into question.

Soon, Arielle finds herself desperately trying to untangle her family's dark past, as secrets and deceptions pile up and tensions rise.

Filmed in Alberta, Canada with a Canadian cast and crew.