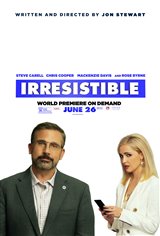 After top Democratic strategist Gary Zimmer (Steve Carell) sees a video of retired Marine Colonel Jack Hastings (Chris Cooper) standing up for the rights of his town’s undocumented workers, Gary believes he has found the key to winning back the Heartland and the state of Wisconsin. He immediately departs to Hastings' town of Deerlaken, Wisconsin to get him to run for them.

However, when the Republicans counter him by sending in his brilliant nemesis, Faith Brewster (Rose Byrne), who has an endless amount of dirty tricks up her sleeve, what started out as a local race quickly becomes an out-of-control and hilarious fight for the soul of America.