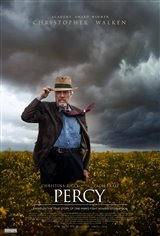 For decades, Percy Schmeiser (Christopher Walken) has saved seeds from his strongest plants each year—a practice passed from his father and grandfather. Then in 1998, Monsanto claims that Percy has used its genetically modified seeds without a licence. Unbeknownst to Percy, Monsanto’s gene has found its way into his stock. What ensues is a long-running lawsuit—with Percy’s small-town lawyer (Zach Braff) up against Monsanto’s multi-million-dollar legal team.

Percy soon realizes that he's fighting for hundreds of thousands of disenfranchised farmers around the world. Hitting the road to raise funds for his defence, Percy talks to crowds, large and small. Suddenly, he’s an unsuspecting folk hero against corporate greed.