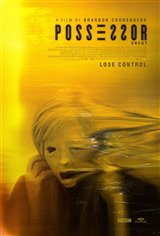 After every mission, Vos says she's fine and passes the mental test when she returns to her body. But her life is sad and depleted, with an ex-husband (Rossif Sutherland) and a young son who lives with him.

Vos is then assigned a lucrative new job. This one involves taking over the brain of Colin Tate (Christopher Abbott), the future son-in-law of a corporate mogul (Sean Bean). Girder’s client wants the mogul dead. As with her previous assignments, Vos has to take over Colin's mind and terminate the target. But, Colin doesn't make it an easy fight to win, and she becomes trapped inside a mind that threatens to obliterate her.