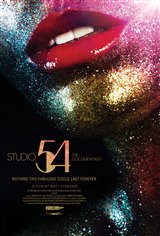 Studio 54 in Manhattan was the place to be if you were a celebrity in the late 1970s. It not only redefined the nightclub, but also came to symbolize an entire era. Co-owners Ian Schrager and Steve Rubell, two friends from Brooklyn, seemed to come out of nowhere to suddenly preside over a new kind of New York society that saw the likes of Andy Warhol, Elizabeth Taylor, Elton John, Robin Williams, Al Pacino and Mick Jagger enter the blacked-out doors, to name just a few.

It offered dancing, alcohol and disco music, but much, much more, including drugs and sex, with mattresses available in the basement. The place was so popular that crowds outside blocked the streets, with people hoping to get in or to catch a glimpse of celebrities. However, Studio 54 was eventually raided by police, who found bags of cash and drugs in the basement. Now, 39 years after the velvet rope was first slung across the club’s hallowed threshold, a feature documentary tells the real story behind Studio 54.
Director:
Matt Tyrnauer
Studio:
Films We Like
Producer(s):
Corey Reeser, John Battsek