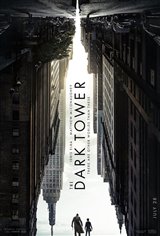 Jake Chambers (Tom Taylor) is a young boy with visions, but he's told they're not real. He's suddenly transported to the fallen land of Mid-World that he thought only existed in his dreams. There he meets Roland Deschain (Idris Elba) — a gunslinger who is trying to keep the Man in Black (Matthew McConaughey) from destroying the Dark Tower in the End-World and unleashing hell onto both worlds.

The Gunslinger follows the boy back to Earth in an effort to save the Dark Tower, which stands at the epicenter of time and space, and is the only hope in saving his dying world.

Based on Stephen King's book series of the same name.