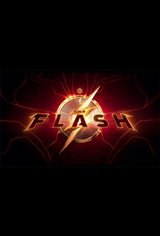 With the ability to go to any timeline, any universe, and anywhere he wants, Barry Allen a.k.a. The Flash (Ezra Miller) travels back in time to prevent the death of his mother.

Having changed the future and the past, Barry must now face the consequences brought to his original timeline, as he crosses paths with Supergirl (Sasha Calle), an alternate version of himself and a Batman from a parallel timeline.