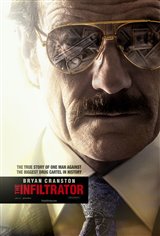 Knowing that one slip-up could lead to his death at the hands of the drug dealers, Mazur tries to build a case that will hopefully put up to 85 drug lords behind bars, as well as the corrupt bankers who are involved in helping them.

Based on the book by Robert Mazur.