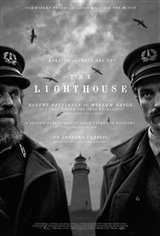 Thomas, who says his last assistant went crazy, treats Ephraim like a slave. Ephraim takes the verbal abuse with as much calm as he can muster, and works hard at the physically demanding tasks Tom gives him, including scrubbing the floors, carrying heavy barrels of oil, gathering firewood, whitewashing the lighthouse, and shoveling coal, while Tom, who has a leg injury, does nothing but tend to the lantern. The two form a sort of camaraderie, especially after Tom finally convinces Ephraim to share a drink with him. But Tom's refusal to allow Ephraim access to the top of the lighthouse causes the younger man to believe that he has a secret.

Filmed in Cape Forchu, on the western tip of Nova Scotia.