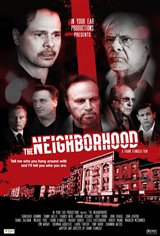 In Brooklyn, NYC, mob boss Gianluca Moretti (Giancarlo Giannini) is the Godfather. His family has been in charge of the Neighborhood for four generations. He keeps a steady supply of pure Sicilian Heroin available for those who can pay for it.

Angelo Donatello (Frank D'Angelo) is the leader of a small-time group of criminals who've been committing minor crimes since they were kids — from stealing church donations as youngsters to the modern day, when they're stealing truckloads of Louis Remy Cognac.

Moretti asks Donatello to join his ranks, but Angelo wants nothing to do with the mob. He's happy to be the big fish in a small pond and wants to keep his hands out of the drug trade. When one of his guys gets involved in the Don's heroin, Angelo tries to clean up the mess, but it's the start of a rough and dangerous time for all involved.