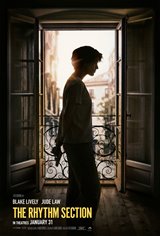 Three years after her family dies in a plane crash, Stephanie Patrick (Blake Lively)—who was also supposed to be on the flight—is told that the crash was in fact an act of terror. Now knowing the truth she searches for a way to find the closure she needs in her life. When she gets the chance to become a clandestine operative she takes it and begins her transformation from a disparate woman needing to repair her life, to a harbinger of vengeance.

When information arises about the terrorists who are responsible Stephanie leaps into action in a globe-trotting affair that will push her to her limits, sparing no expense or thought on the costs of her vendetta.