The SpongeBob Movie: It's a Wonderful Sponge 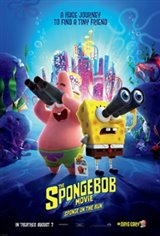 When SpongeBob believes his beloved pet snail Gary has been kidnapped, he and his friend Patrick embark on an epic adventure to The Lost City of Atlantic City to find him.