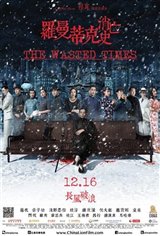 During the 1930s in war-torn Shanghai, Mr. Lu is ambushed during an important meeting with the Japanese army. He is saved by his sister’s husband, Watabe, who sacrifices himself to save him. Even worse, the Japanese brutally murder Mr. Lu’s children and sister, and his mistress ends up dead after attempting to kill the culprit to avenge the deaths.

As the war comes to a close years later, Mrs. Wang, the abandoned wife of his former boss, reveals a shocking truth about the tragedies that will send Mr. Lu on a mission for revenge.