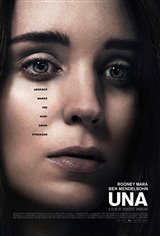 The secrets of the past threaten to unravel Ray's (Ben Mendelsohn) new life when a young woman named Una (Rooney Mara) unexpectedly comes looking for answers. Fifteen years earlier, when she was just 13, Una ran away with Ray, her middle-aged neighbor. Ray was subsequently arrested and imprisoned for having sex with a minor, while Una faced constant judgement and shame.

Years later, when Una comes across a photo of Ray in an article, she tracks him down at his workplace. Una's surprise appearance threatens to destroy Ray's new life and he wants nothing to do with her. But as buried memories surface, Una and Ray recall unanswered questions from their past, as well as unfinished longings.