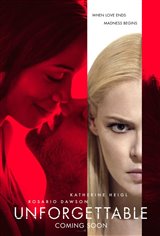 While trying to cope with the end of her marriage, a newly divorced woman named Tessa (Katherine Heigl) learns her husband, David (Geoff Stults), is happily moving on. His fiancée, Julia (Rosario Dawson), moves in with him and this move threatens her.

To Julia, this is a chance at happiness as she assumes the role of soon-to-be wife and stepmom. Meanwhile, although Tessa initially makes efforts to be friendly towards Julia, her jealousy and covetousness begin to take over. Tessa soon does everything in her power to take back the life she believes was stolen from her and convince her husband of the mistake he’s made.