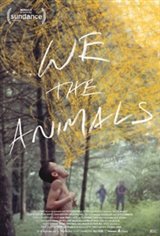 A married couple (Sheila Vand, Raul Castillo) have three young sons. They live in an isolated rural setting, where the brothers run wild, as their dysfunctional blue collar parents fight, split and reconnect, many times over. While Manny and Joel grow into versions of their loving and unpredictable father, Ma seeks to shelter her youngest, Jonah, 9, in the cocoon of home.

After a fight that leaves Ma with facial bruising, the boys' father disappears, leaving them to take care of their mother. With the food in the house dwindling, the boys turn to shoplifting in order to eat.