Antigone wins best picture at 2020 Canadian Screen Awards Published By Tribute on May 29, 2020 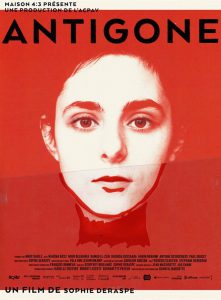 The refugee drama Antigone was crowned best motion picture on the fourth and final night of the 2020 Canadian Screen Awards. The film won a total of five categories, tying François Girard's The Song of Names for most awards.

This year the Canadian Screen Awards cancelled the annual broadcast gala because of COVID-19 pandemic. The show was instead presented via livestream over the span of four nights.

Other big winners include CTV’s Cardinal, winning seven awards, including best drama, and the CBC sitcom Schitt’s Creek followed closely with six, including best comedy. David Suzuki was honored with the Lifetime Achievement Award and Alex Trebek picked up the Academy Icon Award.

Check out some more highlights of the big winners in both film and television below. ~Brie Davis

Performance by an Actress in a Leading Role
Nahéma Ricci – Antigone