John Wick kills the Avengers at weekend box office Published By Marriska Fernandes on May 19, 2019 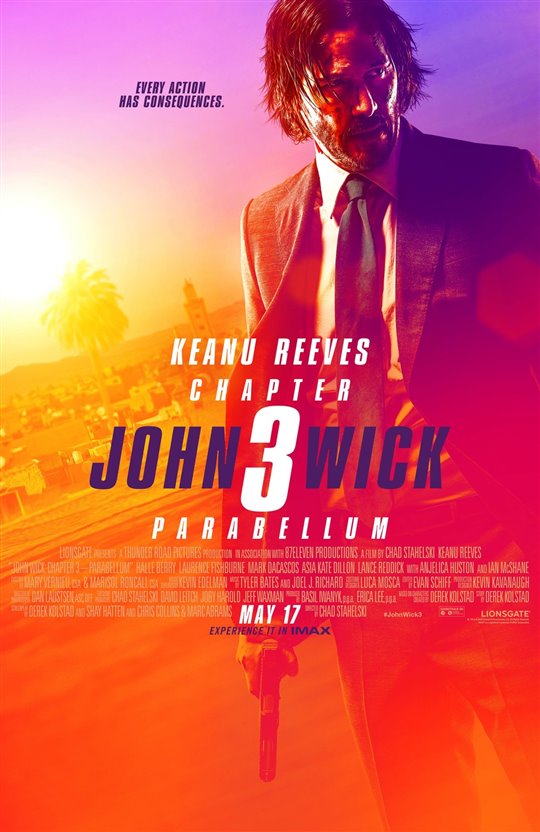 was finally knocked off as reigning champ at the box office, after holding the number one spot for the last three weeks.

Taking the top spot was newcomer John Wick: Chapter 3 – Parabellum, which follows super-assassin John Wick (Keanu Reeves) as he teams up with hit woman Sofia (Halle Berry) after a $14 million bounty is placed on his head. The film earned $57 million, well above expectations and higher than its two predecessors, 2014's John Wick ($14.4 million) and 2017's John Wick: Chapter 2 ($30.4). It was also Keanu Reeves' second-biggest opening weekend of all time, after The Matrix Reloaded's $91 million debut back in 2003.

Moving to second spot was Avengers: Endgame, which took in an estimated $29.4 million this past weekend for a domestic total of $770.8 million. Read our review by clicking here.

In third place was Pokémon Detective Pikachu. It follows Detective Pikachu (Ryan Reynolds) who teams up with Tim Goodman (Justice Smith) to find Tim’s missing father. The film took in an estimated $24.8 million for a domestic total of $94 million.

Making its debut this weekend was A Dog’s Journey, which took the fourth spot on the list. The film debuted with a take of $8 million.

Rounding out the top five was the comedy The Hustle, starring Anne Hathaway and Rebel Wilson. The film earned $6.1 million, making an estimated two-week domestic total of $23.1 million. Click here to read our review.