New movies in theaters - Godzilla: King of Monsters and more Published By Tribute on May 31, 2019

This week's releases feature Godzilla: King of the Monsters as the main headliner 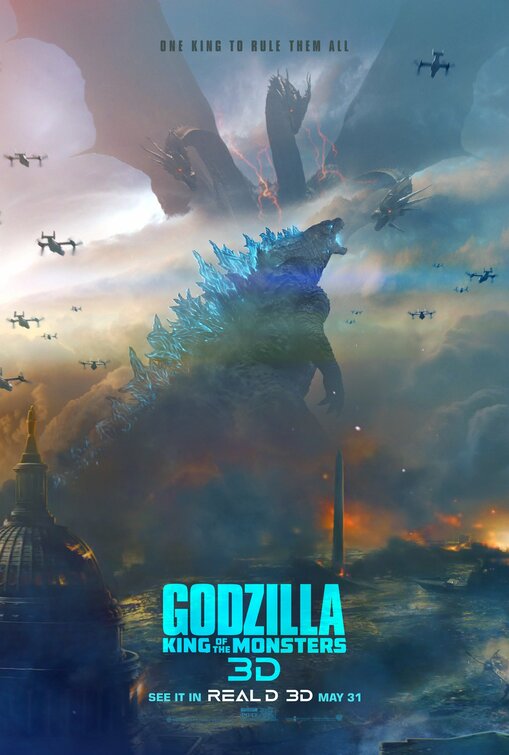 The month of May offers a monstrous finish, featuring three new wide releases to cater to audiences of all kinds. If the monster mash and spectacle of Godzilla: King of the Monsters isn't to your liking there are a number of smaller films, including two with a limited release, out this weekend. Check out what's new in theaters this weekend. ~Paolo Maquiraya

Godzilla: King of the Monsters - Five years after the emergence of Godzilla and the destruction of San Francisco, the world struggles with what to do with the discovery of more of these titanic beasts. When a new device developed to control these Titans is completed, an eco-terrorist steals it and kidnaps the doctor who created it, with the intention of releasing these Titans in order to restore the natural order of the world. Click here for showtimes.
Trailer: Godzilla: King of the Monsters

Rocketman - A musical biopic depicting the life of music icon Elton John (played by Taron Egerton) from his early days as musical prodigy Reginald Dwight to his rebranding as the man we know today, featuring incredible performances from Egerton, who sings the songs himself, and Jamie Bell as his writing partner and friend, Bernie Taupin. Click here for showtimes.
Trailer: Rocketman

Ma - When a group of teenagers convinces Sue Ann (Octavia Spencer) to buy them alcohol, she offers up her basement as a place for them to drink and party in safety. After joining them for their party, Sue Ann slowly pushes herself more and more into their lives, causing unease as her behavior becomes increasingly obsessive. Click here for showtimes.
Trailer: Ma

The Fall of the American Empire - Pierre-Paul Daoust (Alexandre Landry), a down-on-his luck delivery truck driver, stumbles upon the scene of a bank robbery that went horribly wrong, with the criminals leaving behind two bags of money. On the spur of the moment, Pierre-Paul hides the two bags in his truck and in doing so puts his life at risk, since the money belongs to gangsters. Click here to watch our interview with stars Alexandre Landry and Rémy Girard. The film opens in Toronto, Vancouver, Ottawa, Winnipeg and Calgary. Click here for showtimes.
Trailer: The Fall of the American Empire

Sorry For Your Loss - A new father (Justin Bartha) dealing with the difficulties of raising a baby must face his own father issues when he returns home to scatter his father's ashes in the home stadium of his favorite team in order to get his inheritance. The film opens in Toronto today and in Winnipeg on June 7th.
Trailer: Sorry for your Loss