Seth Rogen on Netflix film Like Father and more Published By Marriska Fernandes on Aug 02, 2018 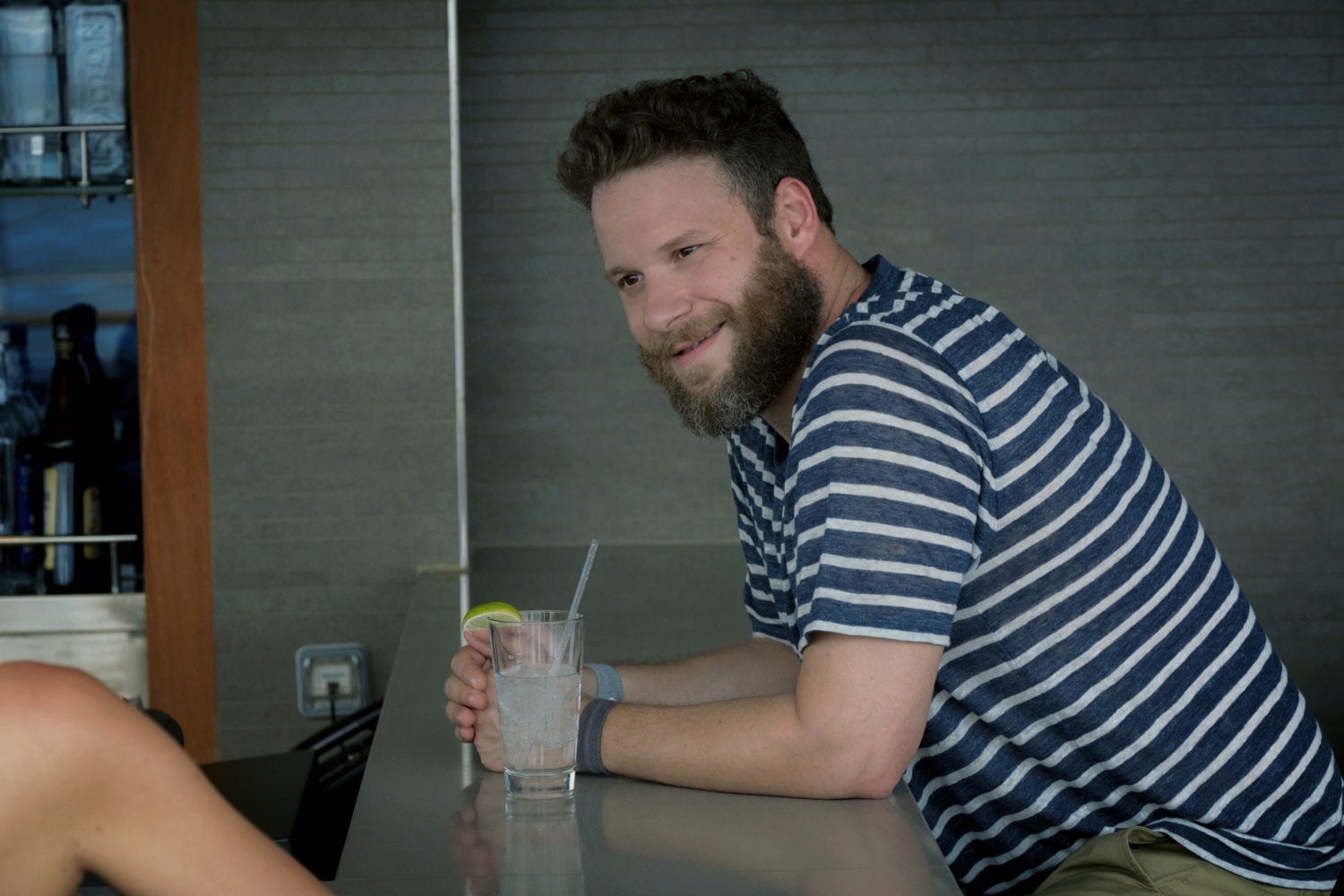 Seth Rogen is an actor, director and producer. And also quite Canadian. He's sure to remind you of that when you see him in the new Netflix original film Like Father, written and directed by Lauren Miller Rogen.

The film stars Kristen Bell as Rachel, a workaholic woman left at the altar. Showing up for the wedding unannounced is her father Harry (Kelsey Grammer), whom she hasn’t seen since she was five. They go for drinks and she wakes up to find herself on her Caribbean honeymoon cruise accompanied by her dad. Seth also plays a role in the film.

I sat down with Seth at the Four Seasons hotel in Los Angeles, to discuss his role in the film, working with his wife Lauren Miller, and what he thinks about the Netflix platform. ~Marriska Fernandes

What was your first reaction when you read Lauren’s script?
I loved it, honestly. We don’t always have the same taste in movies. So I wasn’t sure if she was working on a movie I would like. It’s the same with me. I have made movies that are not her favorite movies by any stretch of the imagination (laughs). I really loved it and it reminded me of a lot of movies that I loved and the types of movies I get excited about and inspire me. I was thrilled when I read it. It’s always a relief when someone you know gives you a script and you read it because then you don’t have to lie or tell them it’s bad (laughs). That’s always a good thing.

Would you tell her if it were bad?
For sure. Because she’s told me my sh** is bad a million times (laughs).

The story is so relatable about a workaholic woman and an overachieving father -- did you identify with any of the characters?
Yeah, the general work life vs. personal life, especially complicated by really liking your job, which I and Lauren both heavily relate to. That’s a big part of the movie. The guilt you’re supposed to feel if your job is a high priority in your life. But the reality is that you shouldn’t just do your job, but also need to participate in life and connect with people. And those two things are often mutually exclusive and hard to truly do at once.

Lauren said that she hadn’t written the role with you in mind.
Yeah! She was auditioning other people to play it so I was not the first person for the role (laughs). I think couples who have the same job build up this awkwardness that isn’t real sometimes in regards to working with each other. But also I came up in an environment where the director’s wife was in the movie and the director’s kids were in the movie and so it was something I’m incredibly comfortable with and never had any stigma about working with my family and people I knew. But there was a discussion. She said: “It’s a role you’d be funny in.” And I was like, "It’s a role I’d enjoy doing! Great! Let’s do it."

I was talking to Lauren and she said that line when Jeff says he’s never smoked was already written!
Yeah (laughs) that was already in there and he was also already Canadian. It was a bizarre twist of fate.

And the hilarious way he introduces himself: Edmonton, Alberta, Canada!
Yes, Canadians do that 100 percent. City, province, country. Canadians are always afraid, and rightfully so, that Americans won’t know where Edmonton, Alberta is. That’s a legitimate concern (laughs).

As a fellow actor and director, what did Lauren bring to the table?
She was very prepared and confident. She seemed to really want to be on set, which is not something every director has. It seemed seamless, as if she had done it dozens of times.

Can you talk a bit about your co-stars Kristen Bell and Kelsey Grammer?
I’ve known Kristen quite a long time. I think we were in a movie once called Fanboys a very, very long time ago. So I’ve known her forever. And Kelsey was in Neighbors 2 so I’ve known him also. They were amazing together. This thing that happens that’s not a good trait in an actor…when I’m in a scene with other actors and they’re being really emotional, it almost takes me out of a scene. As a movie fan I’m like, “Whoa, they’re really going for it!" That happened when we’re shooting a scene in Jamaica when we’re at the waterfall and they’re fighting with each other. I remember watching it and being like, “Wow, this is great.” And then I’m like, “Oh no, I’m on camera. I’m probably ruining the scene.” I had this dumb look on my face because I'm like, “Wow, look how good their acting is.” As soon as you’re thinking you think how good they’re acting, then you’re probably not acting.

How is Netflix impacting and changing the filmmaking platform for directors and actors?
I think a very positive thing is that in a time when people are realizing that giant segments of the population, for systemic reasons, have not been able to create the work that they should have been able to create and are not being represented in work, Netflix has created this platform that requires an insane amount of content to keep it going. Their need for content is starting to give tons of people the opportunities who would not have gotten those opportunities before. I think you just see like, “Oh, there’s all these stand-ups that I would have never seen before.” Or these movies made by people who would never have gotten to make that movie before or if they did, it would have been made in such a way that it would be difficult for an average person to access it.

What does Seth Rogen look for in a script?
Something that is good…something that I would see, which is why we make a lot of different types of stuff. That is it for me personally. Would I see it? If I saw it, would I like it? If I saw someone else made it, would I be like, “Sh**, why didn’t we make that?” (laughs)

You’ve worked with so many actors. Is there any collaboration you’re excited about?
We just made a movie with Charlize Theron, who is someone I’ve been a huge fan of. She is not only one of the most skilled actors I’ve ever seen, she is an incredible mind for the film itself and for structure and story and character. She’s one of the most impressive people I’ve ever worked with. And that movie has no title or release date but it will come out sometime next year.

Who is the last person you’d go on a cruise trip with?
Man, that’s a good question. There are a lot of them out there. To be totally honest, I don’t want to go on a cruise at all. I was on one for this and I didn’t like it that much. It wasn’t for me. Cruises are not for me. I’m not a boat person in general (laughs).

Thanks so much for the chat!
Thank you!

Like Father premieres on Netflix on August 3. Click here to read our interview with Lauren Miller Rogen. 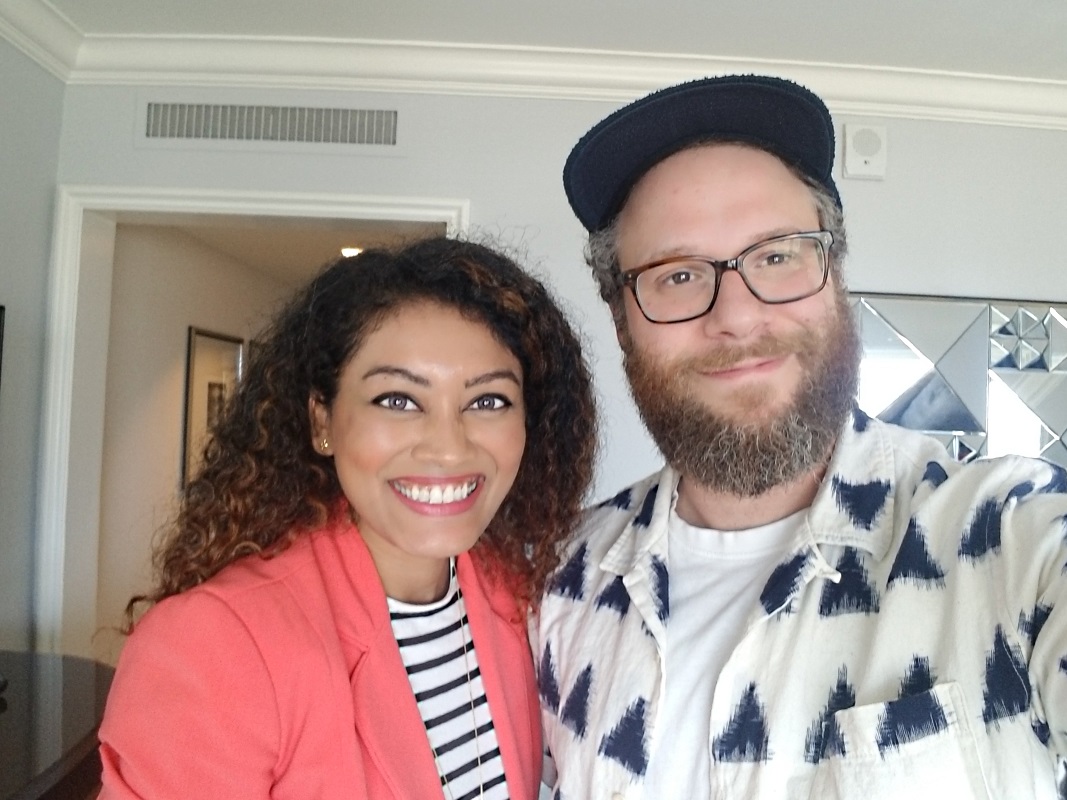