Shang-Chi and the Legend of the Ten Rings: movie review Published By Alexandra Heilbron on Sep 02, 2021

Shang-Chi and the Legend of the Ten Rings begins in China, where Shang-Chi’s parents, both strong people with magical skills, meet in an interesting confrontation. From that meeting, to Shang-Chi's early days, to his current occupation as a parking valet in San Francisco, the film never stops moving -- there's always something to keep the audience entertained.

Although you might not always associate comedic banter with a Marvel hero, Shang-Chi (Simu Liu) isn’t your usual superhero. His camaraderie with his best friend and co-worker Katy (Awkwafina) is hilarious and fun to witness. In San Francisco, Shang-Chi (known as Shaun to his American friends) is just a regular guy, with a regular job. He has no ambitions. He’s happy living an average life, making just enough to get by.

For her part, Katy also has no higher ambitions than her current job, and although they've known each other for years, she knows nothing of Shaun's background. When they’re approached by assassins on a bus, she doesn’t think he even knows how to defend himself.

Let’s just say, he has some serious skills. And from there, things turn around pretty quickly for both Shang-Chi and Katy.

There could not have been a better choice than multi-award-winning actor Tony Leung for an emotionally complicated role like Wenwu, Shang-Chi’s father. From his first appearance in the film, his presence emanates off the screen, giving us a rounded and complicated individual. Although Wenwu begins the film as a shallow, greedy villain, the journey he goes through has many twists to it, and Leung plays each emotion Wenwu experiences with depth and sincerity.

The storyline takes Shang-Chi and Katy back to his homeland, where she gets inspired to help her longtime friend. It’s a big step for a young woman who has never shown much interest in anything but illegally driving the fancy cars left in her care. As she takes up a bow and arrow, she’s told, “If you aim at nothing, you will hit nothing.” Determined to be an asset, she takes that piece of wisdom seriously.

There’s a scene in which our heroes enter the forest of Ta Lo, the land where Shang-Chi’s mother was born and raised. The forest opens like a maze as the characters drive through it, and it’s an absolutely magical experience when witnessed on a big screen. Once inside, the scenery is so lush and beautiful that it almost steals the focus.

The film has clearly been painstakingly cast -- from talented Canadian child actor Jayden Zhang as young Shang-Chi, to Fala Chen as Shang-Chi’s loving mother, to Michelle Yeoh as his kind aunt, each and every actor performs their role impeccably.

Shang-Chi and the Legend of the Ten Rings easily moves from comedy, to drama, to action, leaving the audience wanting more at every turn. It’s a completely satisfying and perfect blend of magic, humor and mythology. ~Alexandra Heilbron 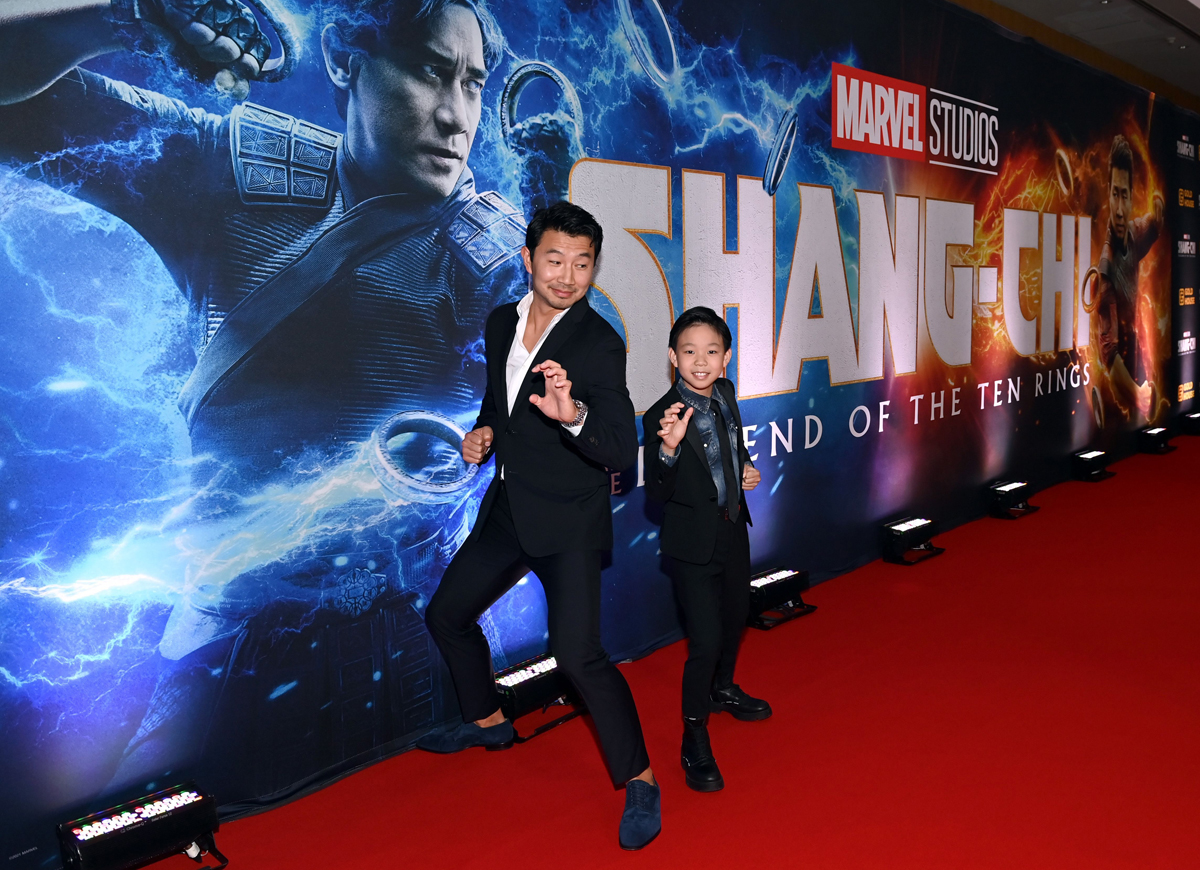 Simu Liu and Jayden Zhang at the Toronto premiere of Shang-Chi and the Legend of the Ten Rings on Sept. 1, 2021. Photo by Ryan Emberley/Getty Images for Disney