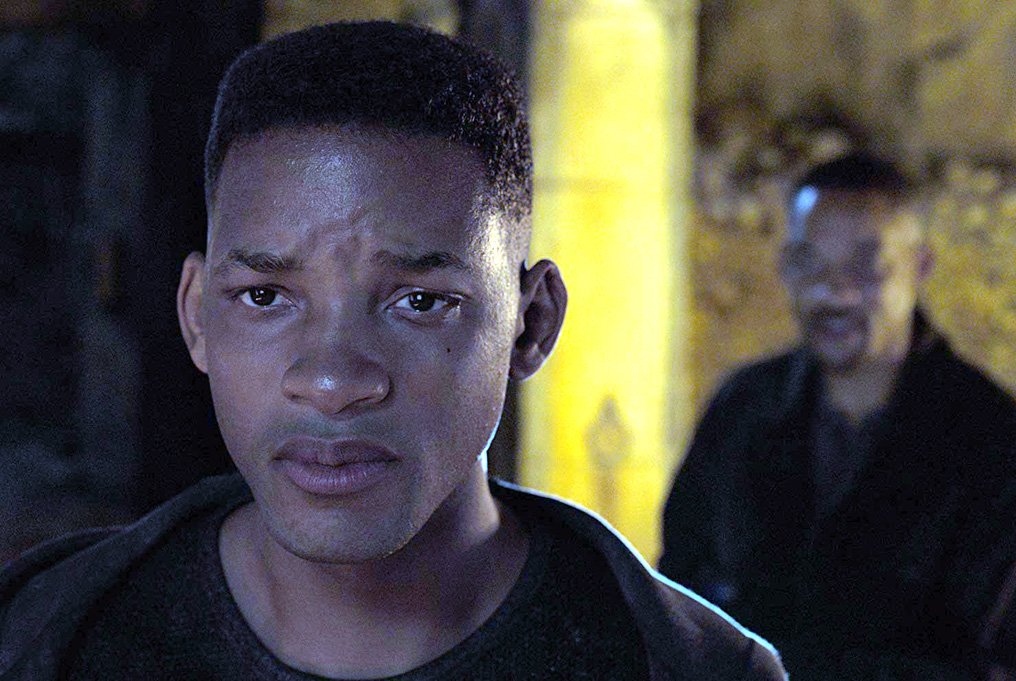 If you've seen Gemini Man, you would have noticed a sharper quality with the framework and that's because instead of being shot in standard 24 frames per second, director Ang Lee opted for 120 frames per second. Is this the future for films? Technical supervisor Ben Gervais believes it is. We chatted with him about Gemini Man's visceral and immersive filmmaking.

As Technical Supervisor on Gemini Man, can you talk a bit about your role and how you got involved with this film?
I had done another film with Ang, Billy Lynn's Long Halftime Walk, in the same position so we have a bit of a shorthand now, so when Ang got this project, he came and we had a discussion about it. Ang is not really a technology guy, but what he finds is that using technology, he can get the audience more involved with the story. When we look at an image onscreen, he’s always saying, “I want to feel like I’m there with that person.” So my job really becomes how to give Ang and the audience a more intimate type of experience that involves them in the story.

Tell us about using 120 frames for filming.
As you know, most films shoot at 24 frames per second and in 2D. We photographed at 120 fps and in 3D. So we had special cameras and workflows and I oversee all that in prep, budgeting, shooting and post-production. Our eyes actually, under some circumstances, can see 800 fps and shooting at 120 gives us something a lot closer to what we see in real life. In most action scenes, for example, there’s a lot of motion blur and a lot of things get hidden. What we’ve achieved in action scenes in the past with 24 frames filmmaking is we would shake the camera around and go through this phonetic sense of action and you don’t actually see very much, because there's lots of motion blur and it’s blurred out. At 120, we have this ability to actually see all the high-speed motion and focus on what's going on in the frame. It gives a more visceral, emotional, first-person experience.

Using this combination of 120 frames and 3D, what kind of challenges did you face?
The biggest challenge is trying to get that Junior performance onto the screen. We worked with WETA and the visual effects team and what we had to do was create this photo realistic CGI of Will. As we said, it’s not de-aging, it’s a CGI version driven by Will’s performance. We felt nobody had really gotten it right before. Maybe not 100 percent of the shots, but a lot of them are perfect. You can literally not tell them from the 24-year-old Will Smith who was in Bad Boys originally, which is great.

How did this technology better tell an action story like this?
Younger audiences especially have grown up with video games and 60 frames per second and tried VR. We can bring something new to the table and have a sort of hybrid of those two things. We’re giving people this more visceral, first-person type of experience that involves them in the story more and shows something different about an action movie. We’ve all seen a million action movies, we know what they look like and how they feel and this allows a filmmaker like Ang Lee to bring someone new to the table and be able to say, “I can immerse you in that experience in a way you’ve never been immersed in an experience before.”

Would you like to see this technology used in more films and in different genres in the future?
Absolutely, there’s all sorts of ways that this can be used, aside from action. Ang’s biggest interest and motivator is not actually the action scenes, it's the dramatic verse. Viewing a face in a close up in high frame rate 3D is an incredibly intimate experience, similar to sitting across from somebody and making this eye contact that you can’t make in standard 2D 24 frame cinemas. We really believe that it’s got an application not just in big action movies, but also drama.

Gemini Man is now available on Blu-ray and DVD. Click here to read our review and click here to watch our interview with Ang Lee. ~Marriska Fernandes