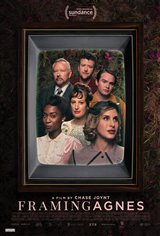 In reality, trans communities have been navigating and world-building together behind the scenes since before 'trans' was a thing. Isolation is, in fact, a narrative produced and patrolled by medicine and the media. Representation of trans and gender nonconforming communities has changed dramatically in the last decade. "Framing Agnes" emerges as an incisive opportunity to both acknowledge social transformation and remember the formative, often flawed makings of history. Our project is emboldened by a team of artists motivated to blur the lines between fiction and nonfiction, past and present, in pursuit of a more expansive and nuanced future. "Framing Agnes" aims to show us how this may be one of the few arenas where our lives and our histories have been well-documented and linked to the contemporary times in which we find ourselves living, dying, and sometimes thriving. Are we evidence of the sexual revolution’s victory? Or a disconcerting development of the tech era? Are we a fundamental threat to heterosexuality? Or glamorous entertainers giving thrills to bored housewives? Examining and upending these narratives, as "Framing Agnes" aims to do, will illuminate not only how media narratives about trans people have changed over time, but also how the concerns of an era are read onto the bodies of some of the most marginalized in society without their consent. The film becomes an important object of study for those interested in popular culture, media studies, and the history of race, class, and gender. There’s extraordinary value in imperfect histories. They help us recognize where we're now and imagine new possibilities for our future. As society wrestles with the legacy of histories told and buried, "Framing Agnes" offers something urgently relevant to help us move differently towards a more equitable future. (2,5) Written by Gregory Mann