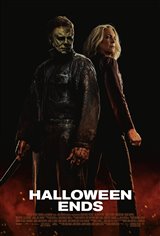 These movies are redundant. Jamie Lee Curtis is the Boogeyman now.

One of the dumbest movies ever. Definitely a must to avoid, regardless of what the idiot fanboys say.

So bad it was unbelievable. Did Tommy Wiseau make this?

It's a fun little movie with its heart in the right place.

Michael Must Have Been Constipated From All That Beyond Meat, That, He Consumed Prior To Filming This Last Thriller Horror Movie. And Then, All The Senior Citizens World Wide Can Identify With This Crazed Killer Elite Murderer.

I thought this Halloween movie had a great twist to it. Completely took me off guard. The fight scene between Myers and Laurie was one of the best yet. A great ending to a great series.

So I'm a huge fan of the original. I've seen every sequel and the reboot many times, except Resurrection because it was the worst one ever. I thought 2018 was the best of the sequels because it felt the most like the original. It wasn't perfect and still missed a few things but it was very notable for a Halloween fan. I didn't like Halloween Kills. The characters were so stupid which is not what Halloween is about. Also Michael Myers isn't a rampage killer. He's patient and methodical and stalks his victims. The whole thing just didn't work for me. It felt like Jason, not Michael. So I was expecting this one to be a disappointment as well. If you're expecting it to be like the previous ones it's not. So if that bothers you, you're not going to have a good time. This explores the idea that evil is a force that can consume someone. As Dr. Loomis ranted about Michael in the original, referring to him as a thing and not a person. Someone consumed by evil with no conscience or reason left, just a one dimensional being. It's an interesting concept that hasn't been explored in all the Halloween movies. It's not a perfect movie, but it is an entertaining one. I was expecting this to be more of the same, Michael comes back, kills more people, has a showdown, and dies for good. If you're want that and are expecting that you won't like this movie. If you're a fan of the theme of Halloween, that Michael Myers is not supernatural, but consumed by a force of nature, then you might really enjoy this movie, like I did.

Definitely with seeing. Regardless what the haters say

The series goes out on a high, at least until Halloween Ends, Part 2.

THE BEST MOVIE I HAVE EVER SEEN

Not half as scary as seeing Tom Hanks in a fat suit in ELVIS.

The last good movie in this franchise was released 40 years ago. All of the Halloween movies since have been total shit, and this is no exception. The only thing scary about this is Jamie Lee Curtis's haggard face.

Kind of sort of okay opening sequence, then downhill from there. No scares at all. No tension to speak of. Imbeciles like Dean might like it, but people with brains and taste should steer well clear of this dumpster fire. Boooooo!

I am a big fan of slasher films. This was garbage.

The writers of this movie should not be allowed to write another horror story again. I was a huge fan of the original Halloween movies including season of the witch. I even liked Halloween H2O. It wasn't great but it was entertaining. But what they released in 2018 and now is junk. Horrible way to end Michael Myers.

Horrible mess!! No excitement at all.

Perhaps one of the worst movies I've seen this year. End this farce so good people don't waste their hard-earned movie seeing this baloney

This movie was ok, I thank Michael Myers could have had more screen time is it, The movie is very slow and not action packed. I would not see it in theaters. I watch it on a computer.

Not enough action and pretty slow throughout alot of the movie.

This film was a horrible mess. The script was ridiculous with an outlandish plot. The acting was horrendous including Jamie Lee Curtis. This movie should never have been made. Thank God that "Halloween Ends" with this. It is high time that they put an end to this non-sensical string of prequels and sequels. Hollywood is in dire need of some new story lines and scripts. Creative scriptwriters, where in the hell are you when we need you!!!!

Scary and undeniably exciting, this may be the best Halloween of all!

Why isn't this streaming? I hate it when studios force you to see movies at a theater.

Will be interesting to see what they do with the next one; HALLOWEEN BEGINS?

Here's hoping it'll be as funny as the previous one.