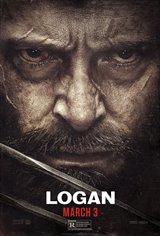 A fitting (end?) to the series. Better than the rest of the xmen franchise.

dead pool 2 Well Be like Logan And King Kong: Skull island, Amazing And one of the Best Movies To see. In 2018 Of course.

Because Vanessa Geraldine copycat carlysle Is Wonderful To The Dead pool series! And It would be great To see More of Vanessa Geraldine Carlysle Because She's Basically Going To Provide More Storylines That well Last Right Into Dead Pool 3! That's When well see The Great Vanessa Geraldine copycat carlysle! morena baccarin Is A Great A Amazing Actress And Woman To play the role Beautiful And Amazing She well Have A lot to offer In the X men Universe. Bottom line is Dead pool 2 well be one of the best movies of 2018 And be A Great Movie Just Like Dead Pool 1 And Logan.

The introduction of laura is good and A perfect Fit in the X men universe. She's A lot like Logan A True fighter. After Logan Finished, I wonder If Laura well be in X men's The New Mutants. I hope laura well be in The 2018 X Men's The New Mutants with Laura Having A Bigger Lead And her doing More fighting And saving the outsiders and the mutants. Meanwhile I can't wait to see Dead pool 2 in 2018! There will be more of Wade Wilson's Alter Ego Dead pool out there ready to fight And bring more humor To The film.

This is the best movie I have ever seen. so unbelievably great.

With all of the Wolverine and X-men movies out, this one is at the top of my list. I originally was not a big Wolverine fan, but this movie is really outstanding. Remember though, this movie is rated R. I would suggest that parents watch the movie 1st and use discretion before allowing their kids to watch it.

I would have given it a half a star if I could !!! The brown and yellow photography was awful !!! I walked out after 30 minutes, it was that bad !!!

I am 92 and it is about time they had a superhero my age! My son is 69 and is happy there was a hero his age too! We both feel asleep because they movie was really bad and boring though. Could have had a nap for free at home, saved to tickets.

it was a glorified gore fest that destroyed the xmen, Logan's character, the story, and superheroes in general. Some left, some even fell asleep, and others didn't even go. I didn't go-but I agree with those that did. It's gory for the sake of being gory. The xmen were formed to teach mutants how to control their powers to help people in order to get humans to accept them, Logan has never liked killing in the past films, Logan is supposedly remorseful for those he's already killed and supposedly wants better for Laura...yet he's more ruthless than ever! This brings me me to the ruining of the superhero generation-heros were meant to inspire hope....Logan does all he can to destroy hope-like that scene with the comic.....how the script writers expect Laura to do better than Logan I will never understand...

This is so much more than a regular super hero movie. It plays more like a western. Just substitute the cowboys with X-men.

Great Movie !!! Watched it with my Grandfather, he loved it !!! Finally some guys my age he said. Arthritis, Dementia and all. Feel good movie for the Geriatric set for sure !!!

You could have titled this X- Men the Next generation,the acting was good but that little girl needs a serious time out!

ive seen thousands of R rated movies That had nowhere near the amount of Gore and vilolence So an r rating doesn't excuse it, I think By making it That way they calculated That it Would be better then the other films, it was not! It was unnecessary just Liike the f bomb That was used thougout the movie

Good movie, tough to see Jackman retiring from the part. Sometimes a little slow, but good closure to the Wolverine character. I will say, had to read a little about the story to understand some of what I missed while watching. Perhaps watching again at home again will fill in more of the story. Oh, and for those complaining about violence and swearing, do you remember what the 'R' meant in the rating? If adding an F* bomb or two makes a movie R rated and I can watch without rows of 2 years old talking during a movie then swear away!

If your idea of a superhero movie is watching a couple of geriatrics falling apart, this is your film.

I hope this doesn't start a trend to superhero movies, they take a type of movie Like this in which both children and adults enjoy and turn it into an f bomb filled, overly violent and gory movie and then say it was the best One of the series WOW!

Excellent film! This is what a WOLVERINE stand alone movie should have looked like from the start. Great way to end the series with Hugh Jackman as Wolverine.

This movie was pure trash, overly violent in trying to make up for a weak story , I literally Wanted my Money Back after the movie was over, this movie was an outright betrayal of the Comic book series

Extremely violent Excessively bloody movie that No one under 18 should see. It has a thin contrived plot and was 2 hours too long. Adore Hugh Jackman but even he could Not save this movie. Far beneath him and Patrick Stewart. Killing and more killing....without consequence or punishment.

Toooo long and boring as hell

Hugh Jackman is my favourite actor. He shouldn't have made this film, yeah it's that bad !

Somewhat entertaining, had so much potential, but just did not deliver. Major let down. Worst of the wolverine films, sadly.

Big Fan but was disappointed in this maybe the last movie

I have enjoyed X Men since the first film. This one was in a word Terrible. Wanted to give it no star.

I like x men movies, but didn't like this one. Depressing overall and not fun to watch.

Loved it! The best X-Men movie ever!