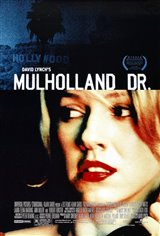 The ladies were really hot. Good lesbianism. Hot scene but it should have been much longer and much much more explicit. It's still hot enough to take root in your imagination and generate some really filthy fantasies. Check it out.

Dude just threw a bunch of loose ideas together and decided it was a movie, far as I can tell. I`ve read some explanations for it, but you just can`t make that complicated a concept into a movie properly, man. Then again, this is the only movie of his I`ve seen, so maybe having no idea what`s going on is an aquired taste.

There are movies that are deep and poetic, but this is too much. It was too weird to be interesting. It just became dumb even though it’s not.

honestly david lynch manages to give me everything i want in a movie. i thought the film was totally amasing and visually stunning.how does he do it time and again.

definately my favourite movie. Lynch is an absolute genius with fantastic performances all round.I would have liked to have seen this as a series.

All I can say,brilliant.A masterpeace.

I`d like the 2-1/2 hours of my life back. i never watched twin peaks.. so i have no clue what was going on here!? the sound quality was terrible, i literally had to adjust the volume every 30-45 secs. - & who were those actors? it build me up for answers that were never provided. he could of at least put a 2 hour commentary at the end to explain what goes on the whole movie. watch it again to find out? u wish... snore

Brilliant. Lynch`s masterpiece so far. Well written...great acting...great directing. You have to see it more than once.

Maybe it was me and my friend`s mood, but we couldn`t even get through 3/4 of the movie. The first thing was that there seemed to be too much going on, and not enough explanation. Secondly, I think the casting directors must have pulled some of the actors right off of the stage, and tried to make them film actors! The acting overall, really sucked! Thirdly, there were some definitely corny corny lines. All the good I can really say is that the cinematography was of a very professional quality, and that maybe it could have been a good movie, given many many changes. But I should try watching it again when i am not so tired, mayeb that`ll

Lynch is a kind of Jacques Cousteau of the postmodern nightmare, where our cartoonish notions of family values and the American dream are ravaged by an undercurrent of forbidding treachery. And with apologies to Wallace, it`s about much more than peanut butter or, for that matter, Pabst Blue Ribbon ("Blue Velvet") and cherry pie ("Twin Peaks"). It`s about decent people cornered by obsessive evils we can`t clearly see.

it`s more than just a critical victory for the writer-director: It`s outright revenge. Lynch first conceived "Mulholland Drive" as a television series for ABC, the network on which his "Twin Peaks" became arguably the most original programming ever to appear on small screens. But nervous executives canceled the "Mulholland Drive" show before the pilot was ever aired. Undeterred, Lynch eventually got Canal Plus to buy the rights, proceeded to shoot some new footage and turned it into a feature film.

"To give a sense of place, to me, is a thrilling thing. And a sense of place is made up of details. And so the details are incredibly important. If they`re wrong,then it throws you out of the mood. And so the sound and music and color and shape and texture, if all those things are correct and a woman looks a certain way with a certain kind of light and says the right word, you`re gone, you`re in heaven. But it`s all the little details." -- David Lynch

Saddest Scene: After Betty and Rita change into Diane and Camilla, they ascend up a secret path in the Hollywood Hills. At first you think they`re about to transcend their bodies and leave Earth, as lights twinkle above their heads; then you realize their destination is an awful, humiliating Hollywood party.

Coolest Scene: Betty`s arrival in Los Angeles is blasted with so much bright light it`s as though it`s shooting out of her body. She`s Dorothy seeing Oz for the first time

"[Lynch`s] never before married his subconscious impulses to an accessible storytelling style in such a satisfying, beguiling way." -- Rene Rodriguez, MIAMI HERALD

"A gorgeously rounded picture, one that starts out with a glamorous come-hither wink and has the good grace to follow through, although perhaps not in the way we expect." -- Stephanie Zacharek, SALON.COM

Fans of Lynch will find much to savor here: the ripe detail, the arch humor, the hallucinatory enigmas, the eroticism, the terror." -- Steven Rea, PHILADELPHIA INQUIRER

Just a brilliant Lynch film. You should also see The Straight Story for a "different" Lynch approach to film-making

Lynch turned down an offer from George Lucas to direct RETURN OF THE JEDI in order to collaborate with Dino De Laurentiis on DUNE. In Dune, Lynch shot much more footage than ended up in the finished film, but executive producer Dino De Laurentiis didn`t want a three-hour-plus sci-fi epic on his hands, so he coerced Lynch into trimming it. The result is one of cinema`s most infamous cases of personal vision colliding with studio politics. Nonetheless, Lynch still manages to cram in so many visual ideas and captures the tone of the book so well that these production issues can be easily set aside once the story starts rolling. Refusing to furt

For his work on this film, director David Lynch tied for Best Director (with Joel Coen for The Man Who Wasn`t There) at the 2001 Cannes Film Festival

I knew David Lynch was messing with my head but I still couldn`t help loving this film. It was worth the price of admission just for the audition scene with Naomi Watts. They should create an Academy Award for Best Scene and she would walk away laughing.

I didn`t know when the end of the movie was coming.I was really captivated about everything:story,Naomi Waats, L.E.Harring,every caracter from film have cought my atention in a differit way than other movies. of course as Twin Peaks,I am looking forward the second part of this story for getting a few explanations. Thanks a lot for this superb movie.

I felt paralized by this quiet horror. Want to see it again in a while. :)

I like David Lynch and have enjoyed his work since ERASERHEAD. He has a vision and he remains true to it. MULLHOLLAND DRIVE is a cool, dark, funny movie.