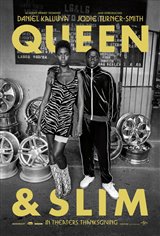 A grand cinematic tragedy that has it all: action--suspense--surprises--real locations--intense emotions--young love--loyalty--significant thoughts about the worst problem in our society, all brought to us by great acting, writing and directing. Make maximum effort to see this movie--you will be rewarded!

Paid to see it twice!!! Totaling had me sitting up the whole movie.

To me, this movie GLORIFIED killing our cops and LE personnel. This is heinous, uncalled for and irresponsible. While calling for, and glorifying killing our LE personnel, it was made to make it seem that ALL BLACK PEOPLE feel this way, which I know is not true. I thought it was an irresponsible movie -- fell asleep more than once. The only good parts were the scenes that showed some skin, which the only saving fate for a 2/5 instead of a 1/5 rating.

Don't miss this one.

This movie shows the unfair treatment that blacks face in the United States. How real!!!

The movie was great

The movie has today's reality for black people. And to sum it up, the ending was just as real. Meaning the reason the movie ended how it ended.

The movie has today's reality for people of color....Well, pulling no punches....black people. And to sum it up, the ending was just as real. Meaning the reason the movie ended how it ended. Don't want to spoil it for you. Just being honest. IJS. Go see it

A movie for our time now!

This movie is so surreal. I plan yo go see it at least 2 more times. Shows you how people are treated out here in this world. Action from beginning until the very end! Superb! A must see! Great movie. The Stars played their Roles Perfect! I say "Oscar!"👍

The whole movie was great! Seen it 3times and I still love it!

Great movie! Saw it last week and was taken back by the superb acting and story line. Really puts you touch with what racial tension is all about. Yes, it was a love story really tugged at one's heart. This stuff happens around us and often we refuse to see it and refuse to understand what drives people to the brink of disaster. Fear and futility are great drivers for disaster and compassion and appreciation of other people are great motivators for success!

Great cast,plot dont let this movie slip under your radar check it out!!

An Oscar worthy performance. It is truth, reality, and a emotional journey of joy, pain, and love.

I loved the story. I cried, laughed, and was angry. I loved BOKEEM WOODBINE'S character.....Great great movie.....

A really great movie and story and very well done.

This movie deals with the reality of today's shoot first world.

*****amazing, disturbing that society is still in the racist mode.

I wasn't sure what to expect from this flick , but I was pleasantly surprised . It had a very relevant plot line with lots of interesting characters . Kind of had a Thelma and Louise vibe to it . Well done in my opinion .

Was disappointing. Some of the characters' actions were ridiculous. Letting a gas station clerk hold his gun in the middle of a robbery. Or having sex in broad daylight while on the run from the cops. Those were 2 issues I had, the main problem that I had was that it was boring.

I think to call the movie Queen & Slim a modern day Bonnie & Clyde is a grave mistake. Bonnie & Clyde were very "intentional" with robbing banks/people. What happens in Q & S was in self-defense/accident. Job well done by both the director and writer of the movie in portraying what is happening today for African Americans in our society when encountered by white law enforcement. I am saddened by some of the reviews or comments that this is a ghetto movie. The movie is definitely igniting conversation and dialogue which is good. However it is long overdue for a favorable call to action to rogue white police officers continued abuse of their position and their treatment of African Americans.