The Plot Against the President 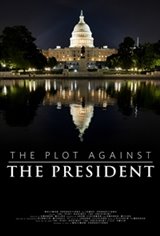 A delusion cache of excuses.

Well, tinfoil hat might be cruel; it's great if you wear a red hat. Complete nonsense assembled from the Trumpian Book of conspiracies. No facts. No substance. Simply a piece AltRight fluff designed to rally the "base" and ignore reality if favour of biased, dark rhetoric. Sadly it is a commentary on where America is intellectually and culturally - it's not too far a stretch to see this as a stepping stone towards a President Kardashian or West in the not too distant future. Just sad. :(

As the media has abandoned the function of reporting and adopted the role of advocating it is important to keep different voice! Political censorship is the first step to totalitarianism!

This is the most comprehensive documentation of what happened and why they were done. Our democracy is at stake. those who abused their power should be in prison. this must never happen again. Those who are in denial are allowing their hatred of Trump to blind them to the unfortunate reality.

Most DISHONORABLE!! How can established organs of the state and MSM pull this horrible disinformation on their own citizens?!!

This is a very good synopsis of the events that took place when the previous administration decided they were going to "color outside of the lines" during the previous campaign. It is disappointing to see the few reviews from people who have decided that they would rather believe the dishonest stories the MSM fed them, than the truth that was revealed when documents were finally declassified.

Very nicely done..It is however sad to see the truth behind our highest intelligence agencies colluding with media and a political party to lie to American People

I cannot believe the number of fake, repetitive reviews on this. Movies like this, baseless and searching for scandal when none exists, plant fear and spread false information, which weakens our country. While I'm all about freedom of speech, I also believe this is irresponsible to produce and distribute and is meant to divide our nation. Shame on Amazon and the creators of this piece of fiction.

I tried, but I just couldn't take this seriously, it was basically an October surprise, pre-election slam. I kept thinking of the middle-of-the night taxi-shifting Devin Nunes did while he was far too deceptive early in Trump's presidency. I just couldn't trust this, especially since it was released less than a month before the election and the only people covering this are conservatives.

This documentary was able to explain a very complex story in an understandable way. I was surprised how many laws were bent or broken in an effort to unseat Donald Trump. Informative and disturbing.

Chilling and revealing look at how corrupt our truly govt is. It's as if we're living under Stalin where we can have our reputations destroyed, our lives ruined or be railroaded into prison for our political views.

Liked how It was done and all the reporting are facts and not made up lies! Devin Nunes does great research and he is believable and trustworthy. No President should have gone through what Trump & his family went through. Why don’t persons that want to live like a third world socialist country move! Leave America alone!

Facts matter! What this Country has been put through over a lie is the most dangerous thing that has happened in Centuries! This is a must see! Turn off the media and demand accountability! This must never happen again!

Finally the truth is told. The storm is coming and its gonna be bad for dems and rinos. WWG1WGA

The fact that it hones in on specifics and calls out the media belonging to the liberal Democrats. Anyone with a mind and an ability to reason will spot the truth...finally. The One Star rating was just an example of the blind and angry name-calling America who has been sucked in by the corrupt left-wing media.

One of the most stunning election defeats in US history results in historic efforts of corrupt revenge by the Washington establishment supportive of the Democrat party. As Peter Strozk's message to Lisa Page stated, if Trump wins the presidency, we have an insurance policy. This movie weaves together the corruption that has occurred brilliantly!! WELL DONE!!