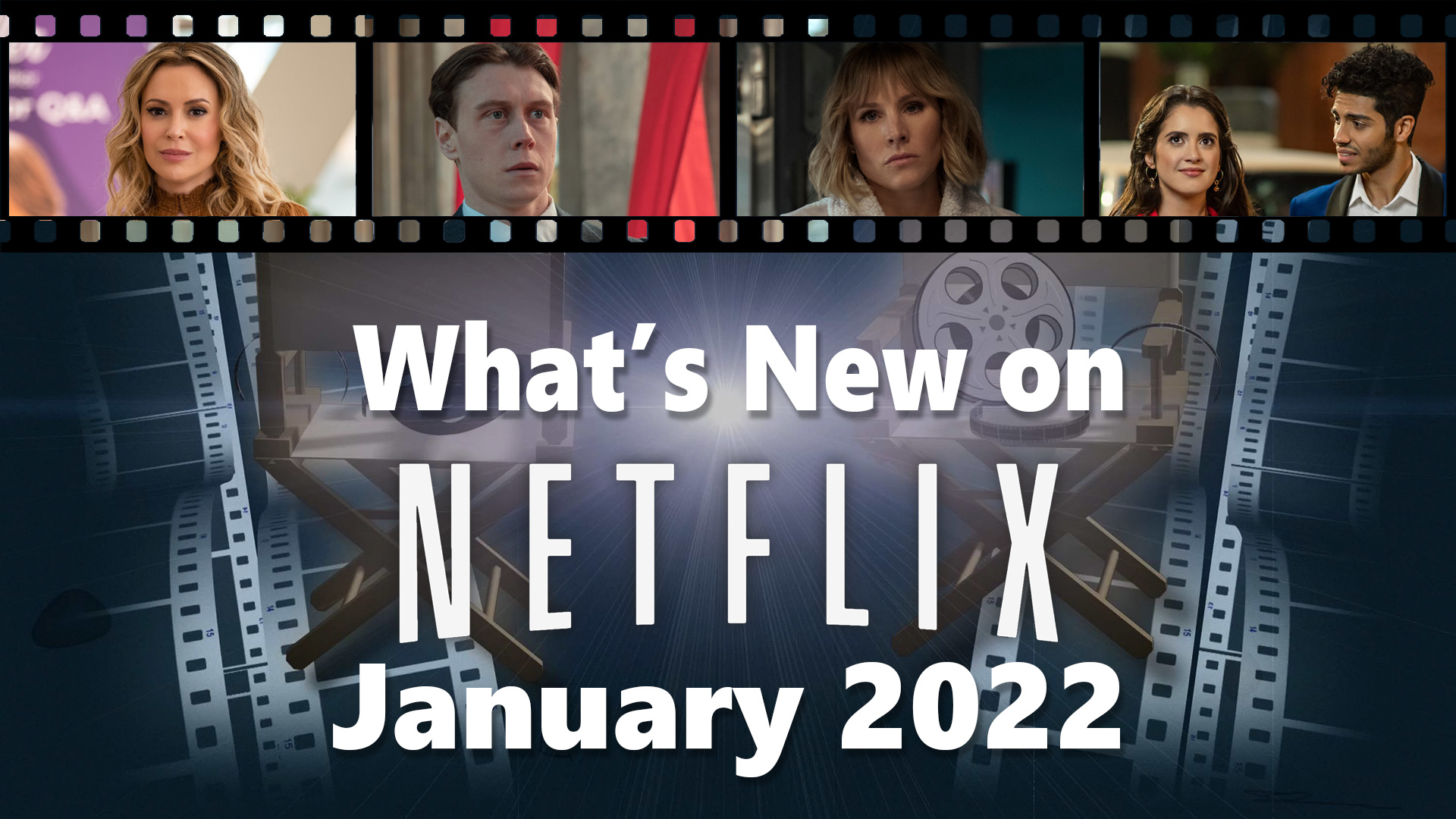 The holidays may be over by January, but there's still plenty of entertainment coming in the first month of the year on Netflix. There are several star-studded movies, as well as colorful animated shows for the kids and new seasons of some of your favorite shows. Scroll down to see the original programming being offered in January 2022 as well as a full list of what's coming -- and what's leaving the streamer. ~Alexandra Heilbron

Mother/Android - January 7
In a post-apocalyptic world rocked by a violent android uprising, a young pregnant woman (Chloë Grace Moretz) and her boyfriend desperately search for safety.

Brazen - January 13
Mystery writer Grace Miller (Alyssa Milano) has killer instincts when it comes to motive — and she'll need every bit of expertise to help solve her sister's murder.

The Royal Treatment - January 20
New York hairdresser Isabella (Laura Marano) seizes the chance to work at the wedding of a charming prince (Mena Massoud), but when sparks between them fly, will love — or duty — prevail?

Home Team - January 28
Two years after a Super Bowl win when NFL head coach Sean Payton (Kevin James) is suspended, he goes back to his hometown and finds himself reconnecting with his 12-year-old son by coaching his Pop Warner football team.

The Woman in the House Across the Street From the Girl in the Window - January 28
When a handsome neighbor moves in across the street, heartbroken artist Anna (Kristen Bell) believes she has witnessed a murder... or did she?

The Hook Up Plan: Season 3 - January 1
With their friendship rocked by a secret romance, Elsa (Zita Hanrot), Charlotte (Sabrina Ouazani) and Milou each face up to dizzying challenges and big life decisions.

Undercover: Season 3 - January 10
Hoping to turn his life around, Bob (Tom Waes) takes on a dangerous undercover mission to root out a police mole, but his path once again crosses with Ferry Bouman.

After Life: Season 3 - January 14
While Tony (Ricky Gervais) is no longer quite so aggressively grouchy about life, he continues to struggle to fill the void left behind by his late wife.

Ozark: Season 4, Part 1 - January 21
Freedom from the cartel is seemingly within reach, but fraying familial bonds may prove to be the Byrdes' ultimate undoing.

Action Pack - January 4
With hearts, smarts and superpowers, the heroic kids of the Action Academy work together to battle the baddies — and even bring out the good in them!

Johnny Test: Season 2 - January 7
From VR-wizarding to real-world monster-slaying, Johnny and Dukey dive headfirst into a slew of outrageous adventures that rarely go as planned.

Riverdance: The Animated Adventure - January 14
After a heartfelt loss, Irish-born Keegan and his Spanish-born friend Moya learn to dance through danger and despair with a magical herd of spirit deer.

Mighty Express: Train Trouble - January 18
A sneaky duo has tricked the trains and taken over Mission Station! Can Flicker flex his skills on the tracks to rescue his friends and save the day?

Ada Twist, Scientist: Season 2 - January 25
Ada and her science-loving friends are searching high and low for answers this season, from the sky above to the earth below and everywhere in between!

Angry Birds: Summer Madness - January 28
Sparks and feathers fly when a teenage Red, Chuck, Bomb and Stella spend a wild summer together with other Angry Birds at Camp Splinterwood!

January 17
After We Fell
Playing with Fire