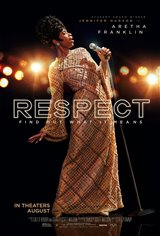 Following the rise of Aretha Franklin’s career from a child singing in her father’s church’s choir to international superstardom, RESPECT is the remarkable true story of the music icon’s journey to find her voice. With fame comes ups and downs, including the awards, tours, exhaustion, and relationship trouble that made Aretha into a global sensation. In RESPECT, Aretha's personal life meets her professional career as she navigates superstardom and the desire to be treated with dignity and respect. Jennifer Hudson stars as Aretha Franklin in a biopic that will have audiences dancing in their seats with Franklin’s most famous tunes making an appearance in the soundtrack.