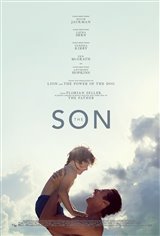 While married to Kate (Laura Dern), Peter (Hugh Jackman) has an affair with Beth (Vanessa Kirby) and leaves Kate and their son Nicholas. Years later, now living with Beth and their newborn, Peter is surprised when ex-wife Kate shows up with Nicholas (Zen McGrath), who is now a teenager.

Beth has trouble communicating with Nicholas, who has skipped school for months and is troubled, distant, and angry. Peter decides to step up and take care of Nicholas as he would have liked his own father to have taken care of him. However, as he tries to juggle work, Beth, their child, and the offer of a longtime dream position in Washington, Peter loses sight of how to best deal with Nicholas' problems.