What’s new on Streaming and VOD this week through August 2 Published By Tribute on Jul 30, 2020 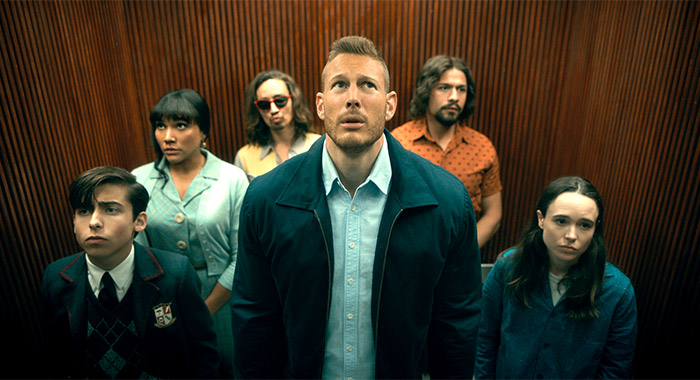 So many new shows are premiering this week on streaming services including BritBox’s River, Muppets Now on Disney+, and let’s not forget about the second season of Netflix’s The Umbrella Academy. You’ll also have the chance to catch some great movies releasing on digital and VOD as well as fan favorites coming back to streaming services. Check out the highlights below. ~Brie Davis

Ash ­– Stan (Tim Guinee), a small town reporter at the frontlines of the Okanagan wildfires, shows uncommon heroism. He hopes this event will be the one to give him his big break away from local reporting. However, when authorities accuse him of a shocking and heinous crime, it could take away everything he's worked so hard at for years. He desperately tries to salvage his reputation, as well as his marriage to Gail (Chelah Horsdal), who questions whether he's guilty.  Available July 28 on Digital.

River - Detective Inspector John River (Stellan Skarsgård ) is haunted by visions of his colleague, Detective Sergeant Jackie "Stevie" Stevenson (Nicola Walker), who was recently murdered. He searches for her killer, although he's officially excluded from the case because of his proximity to the events. At the same time, he's working on a case of a missing teenage girl. As River uncovers major secrets about Stevie's private life, he resolves to find her killer, despite knowing that if he's successful, he will lose his visions of her forever. Available July 31 on Britbox.

Muppets Now - In their first-ever unscripted series, the Muppets make their streaming debut in an six-episode show starring Kermit the Frog, Miss Piggy, and the entire gang. Available July 31 on Disney+.

The Umbrella Academy: Season 2 – Five (Aidan Gallagher) warned his family that using his powers to escape from Vanya’s 2019 apocalypse was risky. He was right – the time jump scatters the siblings in time in and around Dallas, Texas over a three-year period, starting in 1960. Some, having been stuck in the past for years, have built lives and moved on, certain they’re the only ones who survived. Five is the last to land, smack dab in the middle of a nuclear doomsday, which turns out is a result of the group’s disruption of the timeline. Now the Umbrella Academy must find a way to reunite, figure out what caused doomsday, put a stop to it, and return to the present timeline to stop that other apocalypse. All while being hunted by a trio of ruthless Swedish assassins. Available July 31 on Netflix.

Click here for more of what’s available on streaming services and check out our photo gallery for the new titles premiering on Netflix in August.

Here’s a complete list of everything streaming this week: