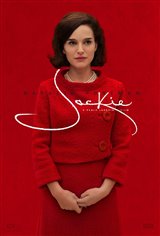 It was okay, apart from Natalie Portman who drove me nuts with that pathetic accent and annoying speech impediment. I felt really depressed after watching it. She knew he was an adulterer, he denied her small pleasures and seemed insufferable, at least from her point of view. But she was angry, by his death, by the position she was put in, by the horrific situation. Understandably so. What a horrible life she had, despite all the wealth. Money does not buy happiness.

Jackie was not bad a little weird but I give a A+ for effort. It's hard to put into words but I thought the acting was fair but over all ok film

A pathetic and boring portrayal of a unique historical first lady, Portman's acting was dull, unimpressive, really bad, can't believe she is up for an Oscar, oh wait, yes I can, Hollywood propaganda machine.

This movie was awful, like a slow documentary that never captured anymore insight into Jackie and only concentrated on the assassination/funeral aspect. Don't bother seeing it, it's a snooze and waste of money, wait for Neflicks.

This is a very somber tale, not what I expected. I expected more of Jackie, fashions, her social/fashion impact, not the sadness all based on the assassination, which remember well. I don't think the actress did a good portrayal, I can't understand why she is up for an Oscar. I wouldn't advise anyone to waste their money, watch it on DVD or Net Flicks.

This movie dragged. Very boring and difficult to sit through. Having lived through this era, I question the historical content.

First of all, I hope Natalie Portman receives an Oscar for her portrayal. She was wonderful as Jackie, her body language, there was no flaws in her interpretation of how Jackie Kennedy spoke, even posture and the way she moved. I think the movie is a real succes: showing what Jackie went through mentally, physically after JFK's assassination: the shock, the grief, torments, the obligations to the family and to the people, protecting herself and her children, while thinking of making a history, the future, not to mention the people she had to deal with. Bravo! Great movie!

I remember Jackie when she was first lady. This film tried hard but it missed the mark in so many important ways.

The volume should have been raised because she always talked softer then the norm. Good acting and story well told.

What a snoozer. Basically Natalie Portman chain smoking and walking like a robot for 1.5 hours. There were also a ridiculous amount of close ups. I really love dramas and I don't need a lot of action to be engaged in a film, but this was pretty annoying to watch. Also, I usually love Natalie Portman.

Disappointing. Slow moving, and you won't come away with more insight from behind the scenes. Don't waste time or money in this. The worst for Portman who is usually good...not this time.

Im not sure how accurate the portrayal of Jacqueline Kennedy was however Natalie Portman comes across in the role as a very strong willed, complex,troubled character. Some of the audio was difficult primarily with Portmans part.The story goes from present to pass in an adequate way however the focus is continually on the same thing. Peter Saargaards expression never changed throughout the entire film and his character is important to the story.I think there was some good acting in this movie and the story bears importance in history however it lacked some cohesion and spark.

This is a most interesting film. It is not a documentary. Natalie Portman deserves all kinds of accolades for an endlessly varied and nuanced performance. It is a take on the story of the once First Lady, her role, her image, her social class and mind set. But it also serves as a lens through which to restate, if not address, questions about the presidency of JFK and this is a big but understated part of the film. Where Jackie Kennedy struggles the most is in that space between public and private. She has a tremendous sense of entitlement but in getting it all loses everything private and in this film, at any rate, she is aware of that sacrifice. Perhaps the truest moment for Jackie is when she realizes that even she can't figure out how much of her behaviour is real and how much is performance during the days following the assassination. Who could?

Natalie Portman was outstanding in the role that many of us remember. I had no idea that Jackie was so controlling and insecure, along with being neurotic and minipulative about how her story would be told. Left the theatre really moved and shocked with these revelations.

Natalie Portman was not a good choice for this role.