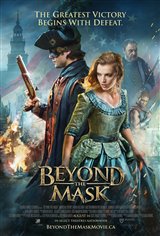 In the turbulent months leading up to the American Declaration for Independence, William Reynolds (Andrew Cheney), the former leading mercenary of the British East India Company, is double crossed by his past employer Charles Kemp (John Rhys-Davies). He survives by assuming a new identity before being forced to run to the American Colonies. Will now hides behind a mask in hopes of thwarting Kemp, redeeming his name, and gaining the trust and help of his beloved Charlotte (Kara Killmer), as well as Ben Franklin. All this while he races against time to defuse a plot of historical proportions. As history comes to life, Will discovers what it means to fail and how to truly find redemption, faith, victory, and freedom.