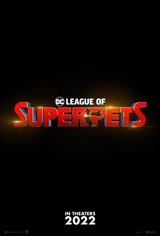 The pets of DC superheroes, such as Superman’s dog, Krypto, Batman’s dog, Ace the Bat-Hound, and Wonder Woman’s kangaroo, Jumpa, form a crime-fighting team of their own.

Based on the “Legion of Super-Pets” comics by Jerry Siegel and Curt Swan,