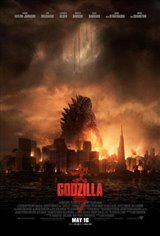 The story begins in 1954 when humans accidently awaken a prehistoric creature. To kill the monster, nuclear missiles are fired at it in the Pacific. When that fails to kill it, its existence is concealed from the public.