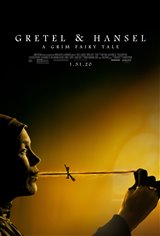 Based on the German fairy tale by the Brothers Grimm comes this horrifying adaptation titled Gretel & Hansel. When the titular siblings (Sophia Lillis, Sammy Leakey) venture off into the dark woods as runaways, their hunger leads them to follow the smell of cakes, where they stumble upon a witch’s home.

The children are able to take shelter in her home, and she provides food for the two hungry siblings. Although at first she appears to be hospitable, as the children spend more time with the witch (Alice Krige), she begins to display devilish behavior and peculiar mannerisms. Slowly the children become trapped in a nightmarish reality deep within the woods.