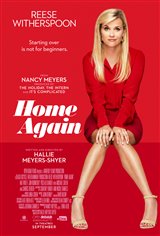 Alice (Reese Witherspoon), a recently separated mother of two, lives in Los Angeles with her precocious young daughters. Months after her separation, her best friends take her out for dinner on her 40th birthday and encourage her to begin dating again.

Hesitant about dating so soon after her separation, Alice takes three charismatic young men (Pico Alexander, Nat Wolff and Jon Rudnitsky) as roommates to live in her house to make ends meet. She begins to fall for one of them, but then her husband, Austen (Michael Sheen), suddenly reappears on the scene, telling her he wants to give their marriage another chance.