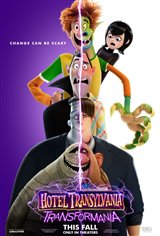 With their mismatched bodies and stripped of their powers, Dracula and his hilariously human monster pals must team up with Johnny, who is now a monster and loving it, and Mavis, to find a cure and restore order in the world before it’s too late and their transformations become permanent.