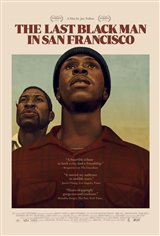 Jimmie Fails (Jimmie Fails) crashes on his friends' couches, but dreams of reclaiming the Victorian home his grandfather built with his own hands in 1946, in the heart of San Francisco. Jimmie grew up in the house, which his father inherited, but then lost. When the house is temporarily abandoned, Jimmie makes his move. He squats in the house, making it a sanctuary for himself and his best friend Mont (Jonathan Majors).

Jimmie searches for belonging in a rapidly changing city that seems to have left them behind. As he struggles to reconnect with his family and reconstruct the community he longs for, his hopes blind him to the reality of his situation.