Check out what's new on Netflix Canada in June 2020 Published By Marriska Fernandes on May 29, 2020 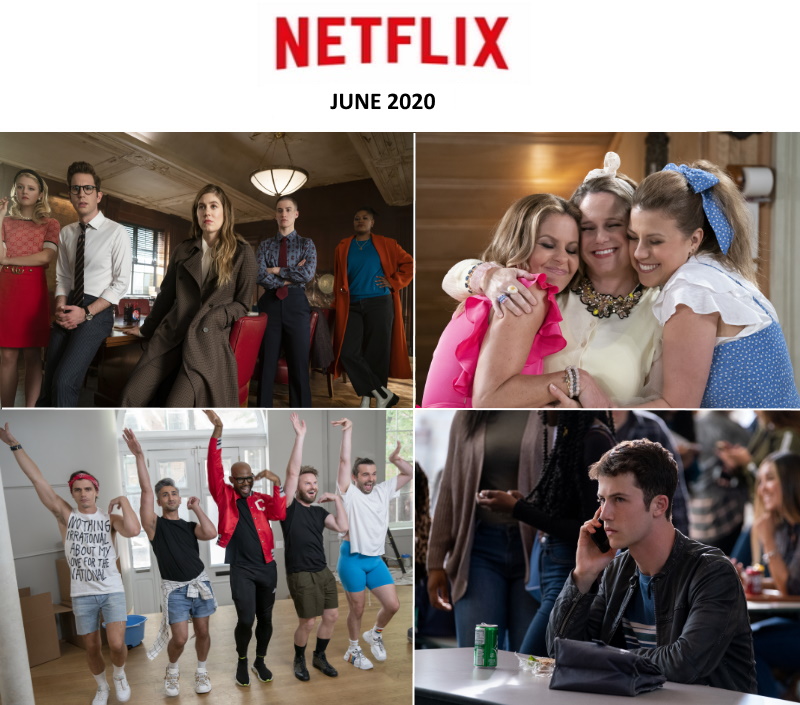 Our picks of new originals and fan favorites this June

It's finally starting to feel like summer. While we are still in lockdown, we can make the most of this great weather by enjoying this binge-worthy content with a cold drink or two. Not only is Netflix's June slate of original movies and TV promising, but they are bringing in classic fan favorites like the entire Fast and Furious franchise and Captain America: Civil War.

Originals
The popular series 13 Reasons Why returns for a fourth and final season on June 5. Liberty High School's Senior Class prepares for graduation. But before they can say goodbye, the crew of friends will have to band together one last time to keep a dangerous secret buried, try to make peace with the past four years, and face final, heartbreaking choices that might alter their lives forever.

Fuller House (June 2) returns for a final season too. Jimmy and Steph bring their new baby home and dive headfirst into the world of parenting. But no worries: They've got a houseful of hands to help.

On season five of Queer Eye (June 5), the Fab Five head to historic Philadelphia to make over a new cast of everyday heroes, from a hardworking DJ to a struggling dog groomer.

In the original Netflix film Da 5 Bloods (June 12), Spike Lee tells the story of four African-American Vets — Paul, Otis, Eddie, and Melvin — who return to Vietnam. Searching for the remains of their fallen Squad Leader (Chadwick Boseman) and the promise of buried treasure, our heroes are confronted by the lasting ravages of the immorality of the Vietnam War.

After the popular Dating Around season one, the new season (June 12) follows six new singles looking for love in a series of back-to-back, real-life first dates in New Orleans. But who will each choose for a second date?

Based on the Harlan Coben novel, The Woods (June 12) follows a Warsaw prosecutor whose hopes rise when a body is found that's linked to his sister's disappearance 25 years earlier.

Season 2 of the The Politician (June 19) is here. Payton (Ben Platt) has graduated and it’s been a few years since the first season. Double crosses, a three-way relationship and a single-issue candidate add up to a mud-flinging race for State Senate that Payton will do anything to win.

Classics
Two classics that would make a great sleepover sesh: Breakfast at Tiffany's (June 1) and E.T. the Extra-Terrestrial (June 1).

Awards Season Faves
Academy Award-winner The Darkest Hour (June 1) follows Winston Churchill (Gary Oldman) as he is made Prime Minister of the United Kingdom during WWII when the former prime minister steps down.

Schindler's List (June 1), winner of seven Academy Awards including Best Picture and Best Director, is the true story of the enigmatic Oskar Schindler, who risked his own life to save the lives of more than 1,100 Jews during the Holocaust.

Jurassic Park and The Lost World: Jurassic Park will also stream on Netflix so fans can return to the franchise again. Netflix is also releasing a selection of Teenage Mutant Ninja Turtles movies on June 1 for kids to enjoy.

Our Picks
Some of our picks that are to delight fans: Captain America: Civil War (June 16), and The Grudge 2 (June 1).

Have a safe and happy June as we head into summer! ~ Marriska Fernandes

Here's everything coming to Netflix in June. Scroll below to see what's leaving.

June 30
The Dark Crystal
Now You See Me