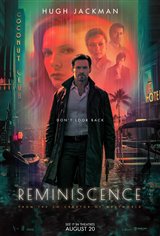 One darned good tribute and great addition to noir cinema! In the tradition of Hammet and Chandler , this film fulfills expectations and does not disappoint! From the previous comments panning this film, one senses some viewers have no understanding of this genre and have no idea how to view this type of whodunnit. Their loss. I suspect these people would not have enjoyed, "The Long Goodbye," "Farewell, My Lovely," "Night Moves," "Chinatown," "Blade Runner," etc., classics of the genre. Sure, they're "talkie" because they tend to be narrated in the first person and it's about the hero's voyage of discovery through the social strata of society. Solving a small crime leads to the revelation of a larger crime that few took notice, and usually the rich and powerful stand behind the latter. Excellent writing, good editing. The genre defying, (or is that genre/gender-bending) element is darkly comic: the hard-boiled, not hesitant to use a gun character is a female, Watts (Tandy Newton); poor Nick Barrister (Hugh Jackson) remains a punching bag for far too long till the resolution where he realizes he must match the villains' violence, or die and thus leave the mystery unresolved. Not surprising, considering women have finally broken the glass ceiling where the writing of noirs are concerned! Thank you, writer Lisa Joy for resurrecting and capturing the genre. I loved it. I may watch it again this week! SPOILER ALERT: I can see why folks may have been disappointed. This film delivers a noir ending, which do not necessarily subscribe to Hollywood's "just world hypothesis" endings... The hero, like Oedipus Rex, wants to know the _truth_, regardless of the price he must pay. And it ain't pretty.

Very boring, so slow moving. Makes u want to nap. Hugh Jackman couldn’t even save it!! Deserve my $$ back for staying til the end!

Thanks cinemaclock for the screening passes; unfortunately I can't give this one a very good review. If it wasn't for Hugh Jackman it shouldn't have made it to the screen. The beginning took off in too many directions and it was hard to see a common thread and the ending didn't show and relevance except he got away with murder.